It’s funny as time goes on you’d think we’ve become a more accepting society and tolerable of things. There are so many instances where I think we’ve taken giant steps backwards.

Back in the ’70s it was hilarious to hear the offensive comedy of All in the Family and the racist and sexiest comments characters made back in the day. Now it’s unheard of and certain words get bleeped on the air.

Not that I am suggesting the use of certain words is ever right, what I’m saying is it seems the world has become a more sensitive place

Recently, U.S. retailer JC Penney sold a girl’s T-shirt with the comment: “I’m too pretty to do my homework so my brother has to do it for me.” In fact, JC Penney even marketed it with this description: “Who has time for homework when there’s a new Justin Bieber album out? She’ll love this tee that’s just as cute and sassy as she is.”

Naturally people objected to the garment.

This is what’s called taking things too seriously and too literally. I have a friend who, from the time her daughter was a toddler, called her “princess” and “precious” and I thought for sure the girl would grow up to be a spoiled, snotty brat thinking the world revolved around her. She had tiaras and even a bright pink shirt with “Princess” written across the front.

The now 10-year-old girl couldn’t have turned out any differently. She’s a big tomboy who could probably hurt me in a game of football – yet mom still calls her princess!

It’s suggested the JC Penney clothes would be conditioning a little girl to be treated as a brainless object when displaying a message as the one described above. Perhaps it’s the uptight parents telling the kids the message is worse than it actually is is what causes the problem.

Who deserves it more? 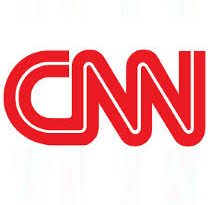 About that ‘fake news’ thing…