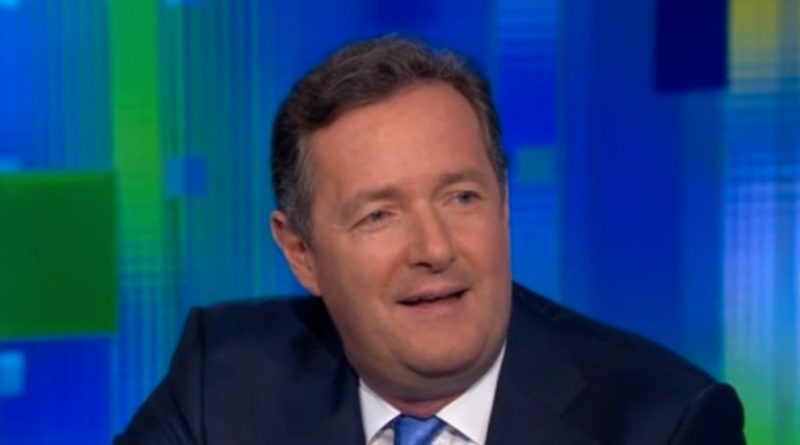 Piers Morgan has been picking Twitter fights with people. Some suggest he’s doing it to get in the spotlight and go viral while others think he’s just a dick.

Earlier this month, Morgan poked at some outspoken women in showbiz and he quickly felt the wrath. While trying to discuss hypocrisy about objectifying one gender (essentially saying that it’s OK for women to do it to men but not for men to do it to women) females teamed up and took him down.

Morgan lashed out at the music group Little Mix and a photo shoot the women did where they were seemingly naked with writing on their bodies. Morgan said it was unoriginal because the Dixie Chicks had done it in the early 2000s.

Morgan got into it with Ariana Grande and her mom. Morgan’s argument is that singers should be known for their, well, singing and not sexuality and nakedness. Grande said she can be loved for both, though Morgan implied that it sets the women’s movement back.

Morgan also went after Ellen DeGeneres after the famous lesbian played to her female talk show audience a couple of weeks ago. Morgan tweeted, “Ellen drooling today over famous men’s bodies on #InternationalMensDay2018. Yet I’ve been abused all day for complimenting @hollywills on her legs. The hypocrisy of modern feminism laid bare..”

For her part, Grande chimed in saying, “Ellen is an incredible & kind human being.. I use my talent AND my sexuality all the time because i choose to. women can be sexual AND talented. naked and dignified. it’s OUR choice. we will keep fighting til people understand. i say this w all due respect but thank u, next.”

At the risk of being bombarded with hate tweets, I have to say I understand where Morgan is coming from. It’s true that if a male daytime host showed a female model’s picture and talked about her incredible body and how sexy she is, he’d probably get destroyed by the mob.

Think about it: If, say, Dr. Oz went on about how hot and full-bodied Sofía Vergara is and how he’d love to see her breasts and touch her body — he’d be pulled off the air so fast that Matt Lauer would be laughing. Somehow women are allowed to say they’d be all over a muscle man’s abs and feel his strong arms.

As aggressive as Morgan’s point is, he does, well, have a point. In the day of #MeToo and other female-empowering campaigns, it is like talking out of both sides of the mouth. On one hand you have a gender fighting to be treated equal and not looked at as a piece of meat but then they flaunt sexuality in scantily clad outfits (or practically nude). When that triggers a reaction in men it’s suddenly a bad thing.

Secondly, Morgan talks about the hypocrisy about groups of women cheering on half-naked men and turning that into something playful and fun. Here’s another comparison: On Ellen’s talk show the audience goes wild (in a good way) when a guy comes out, bumps and grinds and rips open his shirt to reveal his amazing gym body. If Harry Connick Jr. (back when his daytime program was still on) had a female come out and do a playful strip tease and he was delighted by the skin show, he’d have been called a pig.

Perhaps it was Morgan’s delivery that had him torn to shreds. Perhaps directly calling people out and attacking them isn’t the best way to get a point across.

But, because I agree with him and present the opinion in a different way, does that make it OK for me to agree with him? Or am I considered a dog because I side with Morgan’s view. Remember, I side with his view, not the way he engaged in the Twitter fight.

I should point out that Piers Morgan was on my radio show a few times during his America’s Got Talent days. We chatted on the AGT red carpet for a few seasons and he was always pleasant. I liked him. He seemed like a good guy. But remember there’s also a time when showbiz people are “on” and will be controversial because that is their character or brand. 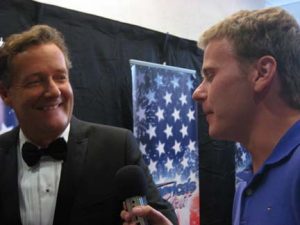 Nevertheless, it’s a dangerous time when people aren’t allowed to have an opinion. Sure, it’s about how respectfully we share it with others. I get that. But when you can back up your opinion with examples and scenarios, maybe it’s a little more digestible than coming out swinging.

Then again, Morgan is known for his sharp tongue and aggressive opinions so if it’s a fight he’s trying to start, it’s a fight he’ll get with people. If that’s the case I just hope he’s not expecting to be taken seriously. 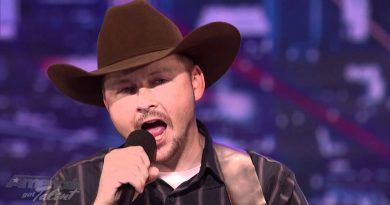