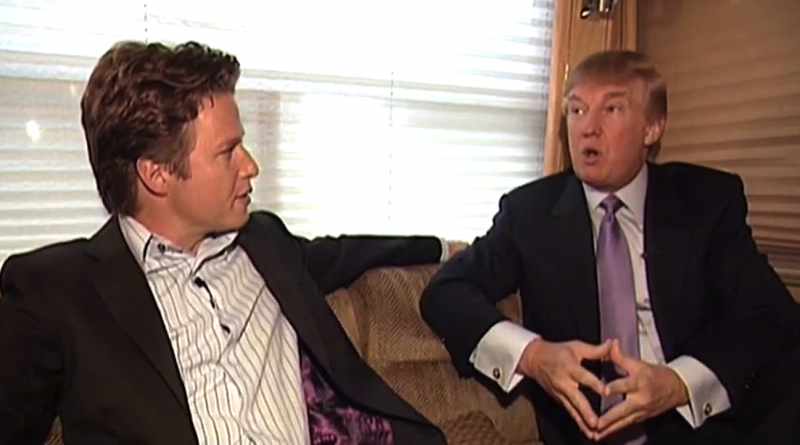 Much has been made about Donald Trump’s comments about sexually assaulting women.? There’s not enough space in this column to recap the scandalous story from 11 years ago so you’ll just have to tune into the endless news coverage on TV.

The sidekick in the whole ordeal, former Access Hollywood host Billy Bush, also had his past come back to haunt him. Now (or up until a few days ago, anyway) Bush was a co-host on NBC’s Today show.

Trump summed up his comments as “locker room talk” and brushed it off. Bush also apologized for his role. But the damage was done for the presidential hopeful and newly out-of-work TV host.

I have made observations, as have many grown men, when listening to other guys talk about the opposite sex. I have heard comments much more obscene than the Trump-Bush conversation. I am not saying any such discussion is acceptable or should be condoned but the reality is — I’m sorry to say — guys talk like that from time to time.

Don’t jump on me suggesting I am saying all guys do it, because they don’t. Nor am I saying such talk has its place in society. I am merely saying that given what we hear anywhere and everywhere in today’s world, the comments weren’t all that shocking. Though yes, they were incredibly shocking coming from a presidential candidate… long before he was a presidential candidate.

Billy Bush was on my radio show and talked about Trump, celebrity boobs and butts, and women back in 2009. In the background of the phone interview you can hear Bush’s kids talking while he is nearby discussing female body parts.

Quite honestly, in seven years none of us who broadcast the original interview (including a team of producers and staff — both male and female — at 30-something radio stations throughout North America) found the content inappropriate. In today’s overly sensitive and politically dysfunctional society the chat would be deemed offensive — primarily based on the close proximity of kids.

The TV commentators and morning show hosts have been lashing out with females saying they have asked men if such conversations actually take place. Well, of course guys have said no. But the reality is they do happen. Are they meant seriously? Not usually.

But what is the difference in getting mad and saying, “I’m going to kill him”? It’s not talking sexual assault or rape, it is implying murder – kinda worse than rape, no? People say it about their parents or kids. It doesn’t mean they are actually going to do it. But you said “kill” so that makes it a threat and something illegal, doesn’t it?

A new Manitoba? I’m already over it