The sloppy antics of drunken reality show contestants has people – namely the cast – crying foul that the latest season of Bachelor in Paradise has been scrapped. Before you stop reading because you’re not a fan of trashy reality shows, let’s focus on what the argument really is: adults getting drunk and acting the fool but blaming someone else for their actions.

The cast of the show was in Mexico and up to its usual foolishness that involves making out, drinking and temporary TV relationships. This time around there is talk that things got too hot and heavy between two of the contestants and that alcohol was so much of a factor that it impaired greatly the decision making of one or both of the singles involved.

Warner Bros. released a statement saying production of the show had been suspended while it investigated the situation.

With the cast sent home and feeling disgruntled that their latest attempt at 15 minutes of fame has been dashed, they are blaming producers and the crew for letting things go too far between contestants.

I realize that when it comes to liability laws, sometimes an establishment or even a bartender can be held accountable if a person is over-served alcohol and goes out and drives or does something dangerous.

At the same time, what about adults being responsible and limiting their consumption and being held accountable for what they did? Producers on a reality TV show shouldn’t be babysitters. Yes, they are there to help facilitate drama and entertaining programming, but it’s not like a producer is holding someone down and pouring alcohol into their mouth.

My other argument to this is Bachelor in Paradise – and the Bachelor franchise in general – has become a drunken make-out fest for years. The shows are known for having people go on there knowingly creating drama and hooking up.

It’s ignorance to only come forward now and say things have crossed the line. How can you only now blame the platform for setting up dangerous situations by depicting people having too much to drink and getting sexual when that’s the formula to its success? 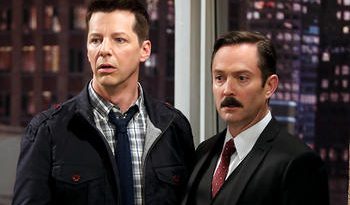