On the heels of BlackBerry releasing its latest, well, BlackBerry, many people are hoping the new device will excite consumers and help boost the struggling Canadian company. (Yes, RIM recently re-branded the company as BlackBerry.) Recent versions of the smartphone have failed to impress and received huge criticism from tech experts and the public.

While I can’t say I agree with all the decisions RIM, er, BlackBerry has made – like the renaming of the frickin’ company – I actually find myself agreeing with its CEO on his statement about tablets.

Thorsten Heins said, “In five years I don’t think there’ll be a reason to have a tablet anymore. Maybe a big screen in your workspace, but not a tablet as such. Tablets themselves are not a good business model.”

A couple years ago Samsung and RIM sent me tablets. In fact, they’re still around my office somewhere. I honestly couldn’t even guess the last time I used them – probably a year ago, maybe.

When you’re in the media and have a large audience as I do on the radio and in newspapers, the PR and marketing departments of companies send you goodies in the hopes you’ll rant and rave about them.

While I was the envy of many people for getting tablets before the general public, I can’t honestly say that the tablets were of any use to me. I have a desktop computer, I have a laptop and I have a BlackBerry smartphone. Adding a tablet into the mix just meant one more thing to travel with and not enough power outlets in the hotel room to charge everything.

The tablet lifestyle was meant to rid people of having to carry a heavy laptop (remember netbooks – how many people jumped on that bandwagon?), and it would be easier than being hunched over a cellphone and hurting your thumbs from typing (but doesn’t a cellphone allow you to do more anyway – like make calls?)

Really, there is nothing a tablet does that eliminates the need for having at least one more extra gadget.

Sure, it might be a status thing to be sitting on the bus scrolling screens on a tablet, but I’ve always wondered why people have multiple devices with them. I always ask myself two things: Are they really that important that they have to bring everything? And, Can’t they find one device that does everything for them? Does a tablet really make life better or easier?

A billion reasons to be happy — or “happy” 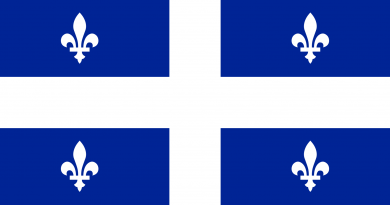