That group of “influencers” from Montreal has been called every name in the book since their reckless party plane took them to Mexico during Christmas break.

Some people have argued that their drunken and (alleged) drug-filled antics and obnoxious behaviour has given “influencers” a bad name. To that I ask, “What was the reputation in the first place?”

I’d never heard the term “influencers” until a few years ago. By that I mean the definition it has today.

I was on a work trip taping travel segments for my syndicated radio shows and the local tourism board had two bloggers in town at the same time. One was a food blogger, the other a travel blogger. We crossed paths several times.

They did to me what I’ve now learned “influencers” typically do to each other: they sized me up. At dinner, they took turns grilling me to determine how much “influence” I had. At that time in my career I had a bestselling book, paid speaking appearances, and had been on the radio working in L.A. covering red carpets.

They were unimpressed with my career accomplishments, one referring to radio as “old school” though I pointed out it was making me a crap-ton of money so it shouldn’t be, well, poo-pooed.

At the dinner table one night, they searched for my Instagram account (I didn’t have one at the time) and commented on my number of Twitter followers. One of them read aloud some tweets my account posted that day. I noted it was my team in L.A. tweeting and I had no idea what my page was posting. (Oh snap! Right?)

As the conversation continued, they tried to one-up me on where they’d travelled and who they’d met. They then took aim at the tourism board and complained how they’d never use the backpack or hat or bandana gifted in their welcome kit. I’d worked with that tourism board on four occasions. Each time I got home the goodies were thrown in a closet. Did I complain? No. I thanked them for the gifts and moved on. It wasn’t about the swag for me.

There was a sense of entitlement about these two “influencers.” It was all about the stuff they got and the opportunities they were given.

In the 15 years I hosted my radio show, I never had to buy a new cellphone or home electronics or even dog treats. Companies sent them to me — all the time. Was my first thought to snap pics and tell everybody what I got free? Absolutely not. Unless there was a cheque enclosed I wouldn’t advertise anything to my 300,000 radio listeners.

Those “influencers” had mastered how to score free swag, but neither had learned how to make money from the gig. They got a free trip. Wonderful. That doesn’t pay the bills. They were stunned when I told them the tourism board paid for me to be there. Yes, a free trip AND a paycheque.

There was an arrogance about these gals. They seemed to think that because they’d never heard of me and that I wasn’t known in their blogging circles that I was a nobody. Honestly, that didn’t bother me one bit. Had I engaged in their petty pissing contest, which I didn’t, I’d have challenged that mentality: “Have you heard of every single author ever? Do you know the name of every single radio host in the country? Oh, you don’t? So are they nobodies simply because YOU haven’t heard of them?”

Years later, I was in Mexico, coincidentally, and crossed paths with another group of “influencers” on a tourism trip. They too were all about selfies and taking pictures of their food. While some had content strategies mapped out, most were just in vacation mode and taking pictures along the way.

There was a blogger from Travelocity and he brought the famous gnome from all of their ads. The group was practically fighting over this lawn ornament to get pictures. I turned to the tourism rep sitting beside me and said, “They realize they’re advertising that brand for nothing, right?” He laughed and shook his head.

For the group of Montreal “influencers” they seemed to believe renting a commercial plane was some sort of high-end private jet with flat-screen TVs, couches and bedrooms. They were delusional about what they were experiencing. They were crowded in the aisles of a commercial airliner. It looked far from exclusive. It looked uncomfortable.

In the years of travel programming I produced, sometimes I was flown first class and other times I was on the cheapest 13-hour three-stop ’round-the-country scenic tour. I loved the first-class experience, of course, but never did I throw a tantrum if I didn’t get an in-flight meal or had to eat in an airport food court on my dime. Never. Ever.

The fact that the Montreal group leader demanded meals for a five-hour flight and felt the need to hire security for them also spoke volumes. It begs the question: Who do you think you are? (I’m sure more than one of them flips around that question and asks, “Do you know who I am?!” The answer: nope.)

By definition, my husband, a fitness model, is considered an “Instagram model.” He has tens of thousands of followers and built an audience by stripping down and showing off his body. Before we met through my radio show years ago, he had an impressive modelling portfolio. It wasn’t until we had business-type conversations that I realized he was simply an “influencer” – meaning, he wasn’t getting paid, he was working for free stuff: the clothes he wore in a photoshoot or the protein powder he showed off in a selfie.

He was so wowed by the novelty of getting free stuff that it overshadowed his ability to make it a business for himself. I had to explain that the companies were making more money by him showing off their products to his 70,000 followers than he was. He wasn’t making money from it. Literally nothing. It didn’t take me long to overhaul his approach and get him working for products AND money. Soon, I become his manager and he’s had a lucrative career ever since.

Are there “influencers” who’ve made a business of what they post? Absolutely. I’m not discrediting those who’ve cashed in on it. I do, however, take issue with the attitude that comes along with the glorified title. And the same could be said for any mainstream celebrity. People need to keep their entitlement in check nowadays.

Because blogging and podcasting has bastardized journalism and broadcasting respectively, us old-school trained journalists and broadcasters look at those platforms as lower forms of the once-respected crafts. For those of us still making good money and doing the work because we love it, it’s all good. For those pushed out of the industries, they might see it differently.

So, what’s the difference between a blogger and a journalist? A blogger goes around and writes commentary about what they’re doing or experiencing. Often there’s little research to accompany the report and rarely are there substantial interviews to give another side of the story. In short, it’s mostly first-person opinion. A journalist goes into it with researched points, another source of information (likely through interviews) and gives little opinion (unless that’s the angle of the report).

NOTE: Before you call me a hypocrite, this commentary is a longer version of my published syndicated newspaper column. I’m not a blogger. I’ve been paid to write this for newspapers for over 18 years, though I’m limited to about 500 words in my print columns. I post extended commentaries here.

When I was on location with “influencers” I’d never seen any of them conduct an interview or make notes about an excursion or activity. They were posting reactions in the moment or planning on writing something long after the trip ended with hopes of either selling it to a publication or making money on their blog. By comparison, press trips for our radio shows had a detailed itinerary and we required an interview at each stop along the way. If there wasn’t somebody to appear on air, we wouldn’t feature it. Typically, we produced two two-hour broadcasts and had segments pre-planned. If itineraries changed, it resulted in rapid-fire phone calls and emails to switch out the content. We couldn’t just not do something.

It wasn’t uncommon for tourism boards to pick fancy restaurants and high-profile places to eat. I always said to them, “I’m fine grabbing Subway on the way to the next segment.” As much as I was treated like a star, my attention was on getting good content. It wasn’t about enjoying myself.

Perhaps as time has gone on tourism boards have catered to “influencers” because they fear the bad press from those who weren’t personally impressed by their experience. The blogger or “influencer” could write a scathing post about how dreadful something was and use their “power” to create social media outrage.

Did I want to climb on some germ-filled play structure at a children’s museum with kids running and screaming all around? No. Did I want to golf on my birthday at 6 a.m.? No. But guess what: It’s part of the (paid) job and I did it. I’m not a morning person and I don’t golf and I can’t stand kids. But, alas, it’s part of the (paid) job and — you guessed it – I did it.

It was never about my personal feelings in the moment. Sure, if I didn’t think something would make for an interesting segment, I’d speak up. But it was never because I didn’t want to do something. I was on someone else’s dime. It was fascinating to explore different cultures and experiences but my personal thoughts and feelings were irrelevant when I was there.

Never did I take for granted the opportunities. It was never expected that I be catered to or treated any differently than a regular tourist. Seriously. I challenge you to research any of the destinations we covered on the radio and ask the tourism boards. Show them this post! The fact we worked with many of them several times speaks to the positive working relationship we had. They respect quality work and that’s what they got.

I was told, by definition, I’m an “influencer” simply because I have an audience. It doesn’t matter that I don’t use my platforms to preach or command people like puppets. The mere fact I have people “following” or “liking” what I do makes me an “influencer.” That’s really all it takes. To me, it’s incredibly sad that people are swayed and live like sheep, unable to be freethinkers.

I think it’s a generational thing. When I was growing up, I was taught to think for myself. I was never swayed to do things just because someone rich or high profile looked into a camera and told me to do them. Or, maybe that’s just me.

“Influencers” feel they have power because people notice what they do. Those Montreal hooligans took that to the extreme and look how it turned out for them. They embarrassingly learned the world doesn’t revolve around their demands and commands just because people “like” what they do. Maybe it’ll make them humble about how fortunate their lives are.

And this is coming from someone who makes six figures as a professional not-self-proclaimed “influencer.” 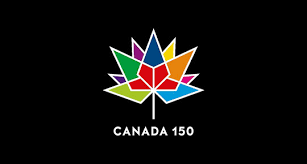 Here’s to 150 years of success 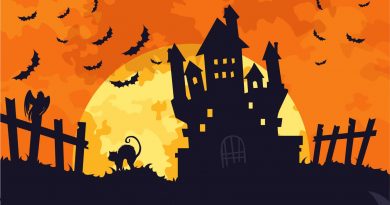 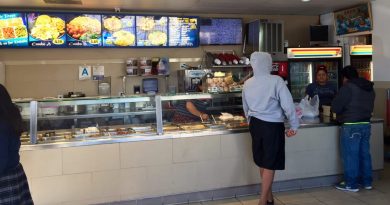 Why are you doing that?