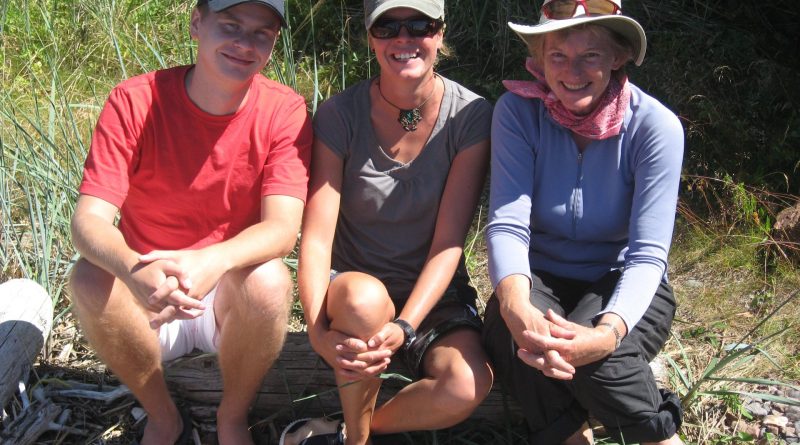 Over the weekend, as Canada was hearing about the mass shooting in Nova Scotia, I was in lockdown of sorts. It wasn’t coronavirus related or anything illegal. I needed seclusion to get lots of work done. I booked a hotel room down the street from my house.

When I rejoined the world, I was 12 hours behind on the news. When I finally connected to social media Sunday night, the trending topics were #NovaScotiaShooting, #NovaScotiaStrong and #CanadaStrong.

For my 30th birthday, the Nova Scotia tourism board invited me to the province to broadcast my radio shows from all over the region. When you think of Nova Scotia, you likely think of visiting Halifax. We spent no time in the city (aside from being at the airport) and they took me all over the rural communities – similar to what was shown on the news during this tragedy.

Everything that you’ve seen and heard about the people of Nova Scotia is absolutely true. They are friendly, welcoming, unassuming and hospitable.

I went kayaking and had a picnic in Advocate Harbour with charming people who ran a small tour company. We spent a few hours together but I still remember the conversations and the laughs all these years later.

I went tidal bore rafting in Urbania where I was soaking wet and covered in silty mud from riding the rapids. Not usually my idea of fun, but I had a blast and stayed in touch with some of the other adventure seekers who were along for the ride.

I spent two days with a family in Gulliver’s Cove on the Bay of Fundy and they took me seaweed picking, lobster hauling, clam digging and had a birthday party for me. Admittedly, I was ignorant about the experience when I first got there (a city slicker having no cellphone reception stuck with the Clampetts from the Beverly Hillbillies for two days – truthfully, my initial thought). By the end, I was an honorary member of their family and welcomed back any time.

That was nearly eight years ago. Regretfully, I haven’t returned to the area but last weekend’s events made me want to go back and experience the genuine love and generosity from the people of Nova Scotia. This time I would give it back to them. If the country wasn’t in lockdown, I’d have been on the first flight to Halifax. Seriously.

What struck me odd about the people was that they were so nice. It seemed phony at first. If I had no filter, I would’ve said, “Are you guys for real?” It was strange to interact with people who didn’t – how should I write – have an edge or a bite to them. When I got back to Manitoba, I was a changed person.

I felt stupid for how I went into the situation as if I were better than them because I had an attitude and was rough around the edges. (Maybe I still do but at least I recognize it now!)

You might think you’re polite and have good manners, but you ain’t nothin’ compared to Nova Scotians. We’re thinking of you. Our hearts are with you. Canada is here for you.